Men’s Night Out for a Great Cause 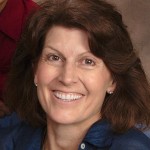 Story and photos by
Danielle Corriveau

Men for the Cure

at XJet benefiting University of Colorado Hospital Foundation at 6:00 p.m.

The nearly 700 men attending University of Colorado Hospital Foundation’s “Men for the Cure” pulled the pink out of their closets as a show of solidarity in the fight against breast cancer.

“It’s nice to see men out for this cause,” said first-time volunteer Ashley Pokrzywinski. With wide smiles, deep laughs, and an air of camaraderie, it appeared the men were enjoying their gathering. They moved in and out of the pristine XJet facility. In the true spirit of the event’s founding members known as the “Red Meat and Cigars” crowd, The Robust Room passed out complimentary cigars from Nicaragua’s oldest as well as its newest cigar manufacturers. Men took to the outside for a few puffs. Inside, guys socialized while Bad Candy, a talented trio with guitars, moved seamlessly through classic rock, bluegrass, country, and contemporary tunes.

Goodie bags donated by Neiman Marcus contained an assortment of Kiehl’s premium beauty products proved to be the perfect bookend to the more male-oriented cigars. Event co-founder and sponsor Sharon Magness-Blake cheekily reminded the men to be sure to return home with the lovely little signature silver Neiman’s bag.

Silent auction items weighed heavy toward sports with signed footballs and enticing golf packages. Patrons were also putting pen to paper to bid for a guitar autographed by Rascal Flatts. Other revenue generators included high-end wines for sale by the bottle. And one lucky ticket holder drove home in a 2014 Lexus GS350 provided by Kuni Lexus of Greenwood Village.

Denver Mayor Michael Hancock has been attending the dinner long before he took office. He spoke about the dinner’s history. “This dinner has raised $1.3 million, yet our work is not done until we have won.”

Speaking of winning, John Fox, coach of the 5-0 Denver Broncos, took to the stage as the event’s keynote speaker. After sharing that he doesn’t usually make appearances during football season, he spoke about his own family connections to the disease. Then, he smiled and confessed he didn’t have time to prepare remarks. Audience members filled the space by asking him an array of questions from football talk to favorite foods.

To date, the dinner has raised nearly $1.3 million to advance breast cancer research, care, and early detection education at University of Colorado Hospital. Proceeds from Men for the Cure have been used to purchase medical equipment such as an Atec Vacuum Assisted biopsy machine, a digital specimen radiography system, and a stereotactic biopsy table; support a nurse navigator who provides hands-on personal care, guidance and support for the many patients and families receiving care at the Cancer Center; fund breast cancer research led by Virgina Borges, MD; and launch a mobile mammography van initiative to improve access to screenings and aid with early detection for women throughout the Denver-metro area.

Four men purchased award-winning travel and once-in-a-lifetime sport auction items. One man left with a Lexis. Everyone ate delicious tenderloin. Not a bad end to a night with the guys.

Brian Fleischmann and Henning Schymik smile for a photograph

Tim Riley, left, Cliff Spencer and Vince DeLaura toast to coming out for a good cause

John Ikalowych and Jim Dalton take in the event

Mike Palumbo, left, Charlie Graff and Tom Davis are proud to support the cause

Danny Fitts, left, Craig Henderson, Carlos Ortega and Brian Winters out and about for a cure

Brad Weber and Chris Souther catch up for the cure

Bidding high for a good cause

Bill Sonn and Derek Birznieks take time for a photo

A nice night to enjoy a complimentary cigar

Curtis Johnsen and Mike Crowley at Men for the Cure

Kyle Smith, left, and Quinn Washington support the cause

Friendly faces to greet the guests

Richard D’Ambrosio, left, Rich Poland and Shane Stickel catch up at the Cure

Ines Hsu Tok, Chalmers Turner and Ken Leeds are proud to be a part of the event

Bruce Schroffel and Tom Devine catch up at the Cure

Byron Hittle and Greg Houck take time for a photo

Tyler Smith, left, David Snapp and David Rowley are pleased to support a great cause

Jamie Suss, left, Peter Schramm and Joey Schramm catch up at the Cure

Handshakes and big hellos at Men for the Cure

Jason England gives a coffee toast to celebrate the evening

Mike Bentien, left, Craig Bradley and Rod Tabberer have a drink for a good cause

Cigars for a good cause: Matt Sandquist and Devin Masterson

Kevin Drake and John Higgins take time for a photo

Cigars for all: Alex Ruggles and Peter Roth from The Robust Room

Nicole Terry, left, Jeff Couroy and Sara Clausen take a moment from selling wine to smile for a photo

Ashley Pokrzywinski, left, Elaine Priest and Amanda Cordsen are happy to volunteer for a great event

Walker West, left, has volunteered at Men for the Cure several times. He happily shares a moment with his mom, Alissa West

A toast to a great evening

Time to dine at Men for the Cure