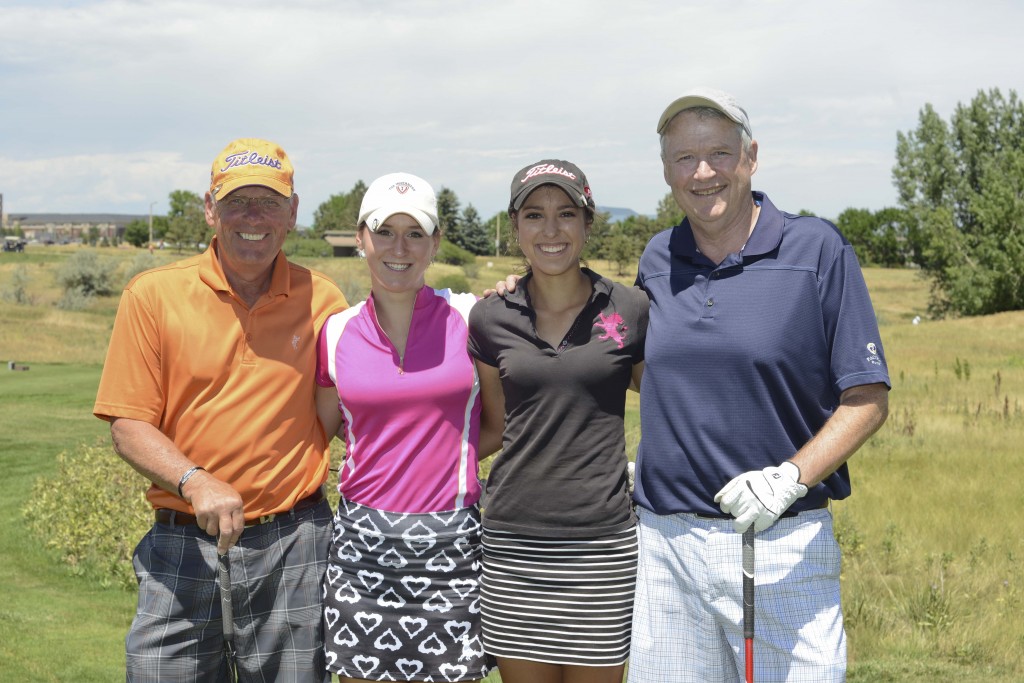 The day started with a 7:30 a.m. registration and a continental breakfast for the players and volunteers.

At registration, the participants were offered the opportunity to purchase one of the very special golf balls from Luke Meadows of Ball Droppers which were being sold for $10 each with all funds benefiting Dani’s Foundation.  The balls were part of the newly-added Great Golf Ball Drop element to this year’s tournament.  Immediately following the tournament, a helicopter carrying Tournament Chair Dani Urman would hover above the Meridian driving range and Dani would drop all balls purchased by Foundation supporters and tournament participants. The winner, whose ball would land closes to the target below, would take home the  $1,000 cash prize.  736 special golf balls were purchased prior to the drop.  Gene Davis from FiML Natural Resources was the owner of the ball that landed closest to the pin (7 ¾” from the target) and won the cash prize.  Davis announced at the Tournament Awards program that he was donating half of his grand prize back to Dani’s Foundation.

Once registered and fed, the players headed over to Tee #1 for a short opening ceremony that featured remarks by Dani’s Foundation Founder Michele Ashby.  Following Michele’s well wishes to all golfers, Dani Urman and KOSI Morning Guy Murphy Huston made the ceremonial first drives and all golfers drove off to their respective holes for play in one of the two formats that were offered for this year’s tournament.

As the players rounded the Meridian course, they were treated to give-aways by sponsoring businesses and contests throughout the course including men’s and women’s Closest to the Pin and men’s and women’s Longest Drive competitions.

A barbecue lunch and awards program followed tournament play and the Great Golf Ball Drop.  Murphy Huston emceed the program and was assisted by Tournament Chairs Dani and Frank Urman.  All sponsors and donors were recognized for their participation within this year’s event and received a framed tournament program and photo with Dani Urman.

Following the sponsor and donor recognitions, those assembled were treated to a  short presentation by pediatric cancer survivor Kennedy Moriarty. Kennedy shared with those assembled on what it was like to be diagnosed with Osteosarcoma and explained that the current treatments for this disease are dreadful; especially for children undergoing these treatments.  She was diagnosed in 2007 and just completed her final surgery from her treatment regime. Kennedy emphasized that Dani’s Foundation is important because of their efforts to fund the science that is working to find better treatment protocols for pediatric sarcoma patients and ultimately for ALL pediatric cancer patients.

Murphy Huston thanked Kennedy Moriarty for her inspiring story and then set out to award the prizes in the 2013 Golf Fore A Kid Tournament.

Dani Urman was recognized for efforts on behalf of the past two tournaments.  Dani is the impetus behind the Golf Fore A Kid Tournament.  She is a pediatric sarcoma survivor.  She was diagnosed with Osteosarcoma in 2010.  As an avid golfer and graduating member of the Cherry Creek High School Ladies Golf Team, Dani wanted to do something that would involve her network of family and friends and assist in raising funding for Dani’s Foundation; for which she has been involved as a Youth Ambassador for the past three years.

Terry Stearman and members of the Stearman family (Terry, Niki and KellyBar-Or) were recognized for their overwhelming support of this year’s tournament.

The tournament’s Best Dressed Award was presented to the Style Matters team of Julie Bildstein, Debbie Keesling, Helen Nelson and Penny Malloy.  A runner up award was also given to the team from Envirotech Commercial Services.

The winner of the Woman’s Closest to the Pin contest was Erin Ruquare from the Creative Technology Prosthetics and Orthotics team.

Hank Kinne, from the Willis of Colorado team, was awarded the Men’s Closest to the Pin award.

The 3rd Place Best Ball Team were the youngest participants in this year’s tournament and consisted of Amisha Singh, Allie Timlin, Chris Weinstein and Erica Works. 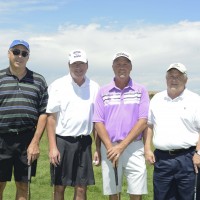 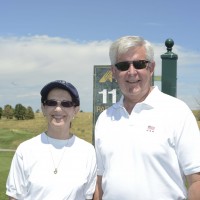 Volunteers at hole 11 Bob Leland and his wife Ruth 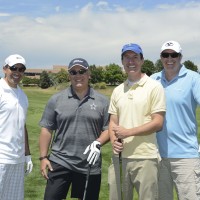 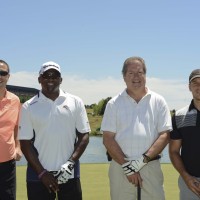 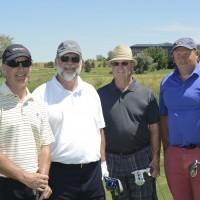 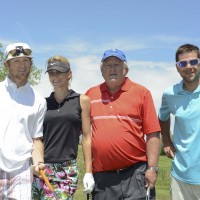 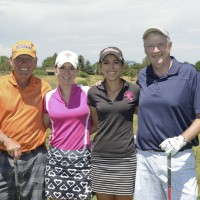 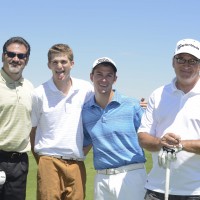 Father-son duos of Bill and Scott Dickey, left and Jeb and Tyler Dickey, right, enjoy the round 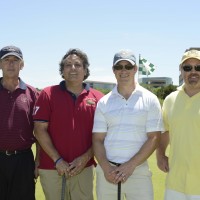 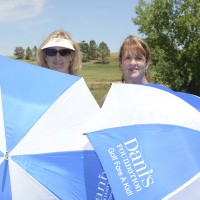 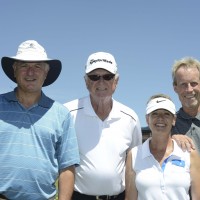 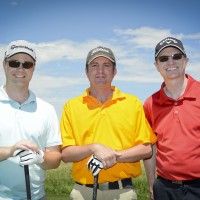 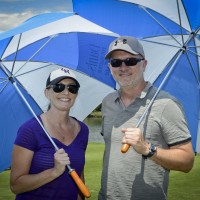 Staci Sanford and Kris Brazeal hand out sunscreen at hole 3 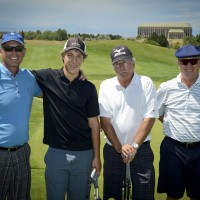 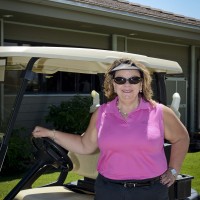 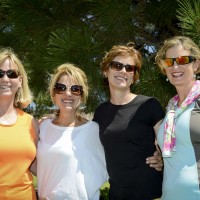 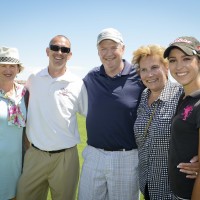 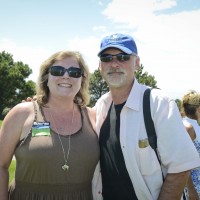 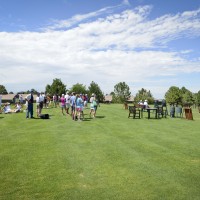 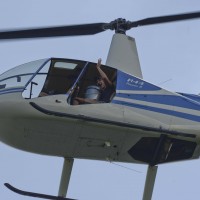 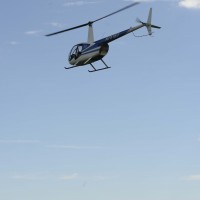 Balls are dropped near the target 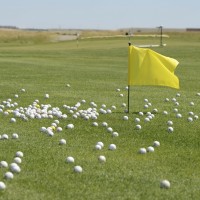 The closest ball to the target wins a $1,000 cash prize 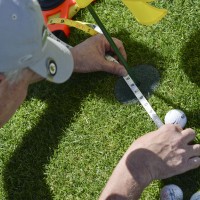 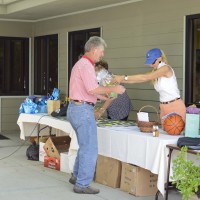 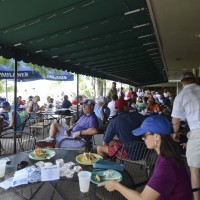 Volunteers and participants enjoy a barbecue lunch on the pato